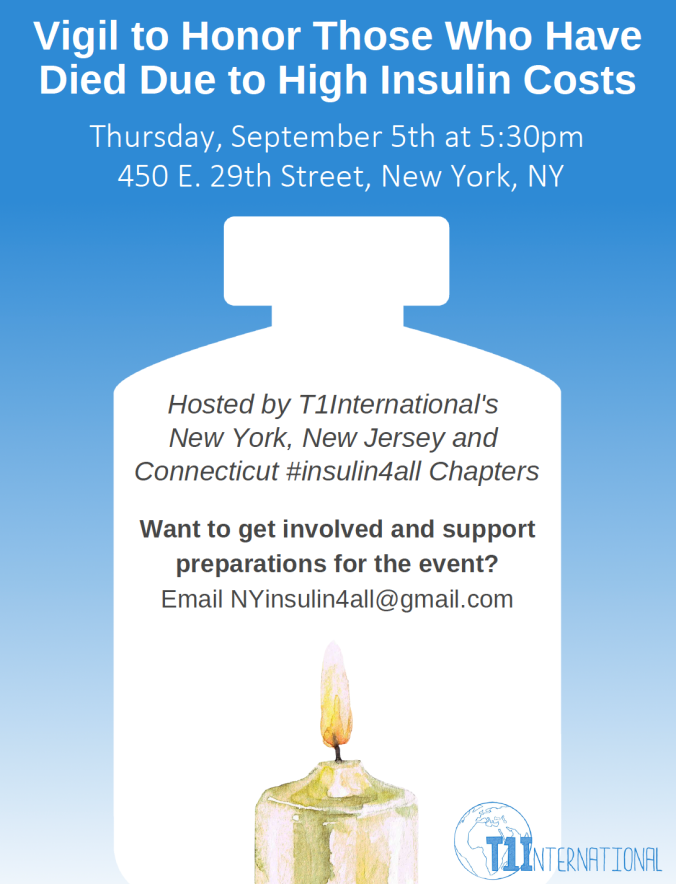 If you’re in NYC this Thursday Sept 5, join advocates of T1International gathering for a vigil for those who have died due to the high cost of insulin, and holding a peaceful protest. I spent yesterday, my birthday, helping to paint slogans on signs for the movement. 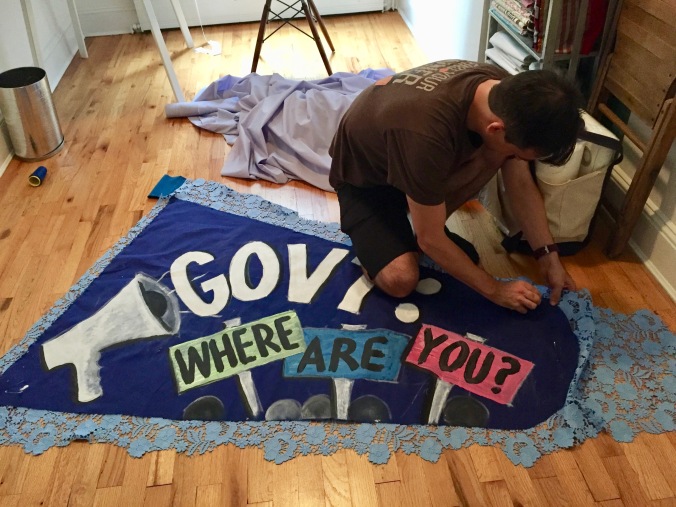 “People with type 1 diabetes are tired of watching our people die from debilitating insulin prices while pharmaceutical companies like Eli Lilly rake in billions in profit,” said T1International’s New York Chapter Leader Lauren Lehrer. “The emotional and financial weight of affording our care is ever-present in our lives and the lives of our families. Our vigil is a call to hold insulin manufacturers accountable for price-gouging patients. Eli Lilly, Novo Nordisk, and Sanofi business practices are killing and maiming us. We gather to say no more.”

Now that I’m on Medicare, after four months of partial insulin coverage you fall into the donut hole, meaning the majority of the cost of insulin is on you. It’s incredible at 66 after 47 years with type 1 diabetes I’m forced to think which friend in Canada I will visit to bring insulin over the border.

This fight about the high cost of insulin (unaffordable for too many without health insurance) is gaining momentum predominantly from the grassroots efforts of those of us who live with diabetes.

So wielding a white paintbrush yesterday seemed like a perfect way to spend my birth day.