Pre-cut Biscotti on left, Keto rolls on right. Both made from almond meal.

Really, how did I survive before almond meal? First, let me clear up that it’s not the same as almond flour, but pretty darn close. They’re both finely ground almonds. Almond meal tends to be slightly courser while almond flour is finer and is made from blanched almonds, meaning the skin has been removed. But for recipes that call for almond flour you can substitute almond meal. And I do, it’s cheaper and I like the really nutty flavor. I buy it at Trader Joe.

I’ve probably posted almond meal recipes before, but now it’s like we can’t get enough of it here in this house. Ever since I started making this Keto bread, the husband has put in an order for another six rolls almost every other day. That, from a man who grew up in the Netherlands which he never fails to tell me is, “bread country.”

And then there’s the almond meal pizette, (below) which substitutes for an incredible pizza and a quick meal when we get home late from somewhere, or I’ve just run out of ideas for dinner. Or I make it as a starter and it’s so satisfying and filling, the main gets put away.

The defining touches on this pizza crust are slathering artichoke antipasto (also from Trader Joe) and just a bit of cheese, your choice, on it after you bake it the first time and before it’s second bake. And when it’s completely done, top it with pesto, which I make myself these days, thank you, or fresh arugula. We also like some chili flakes on top. 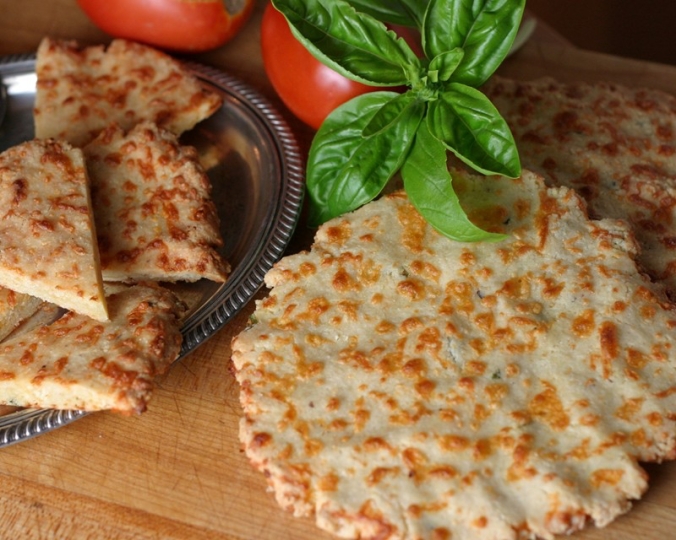 In my formative, fatter years, teens, twenties, thirties, if you told me I would have to give up my scones, croissants and corn muffins I would have cried and then cried some more. Big, salty tears.

Now, granted if I’m in France, I will during the trip have a croissant. If I”m in the U.K., I will have a scone. And I will enjoy the heck out of them. But here at home, nada, never.

I am so content with living in a world of almonds the thought never crosses my mind. Now keto bread with almond butter? To die for, or actually just the opposite. This stuff barely nudges the blood sugar. In fact, I’m more likely to overshoot for it, a lesson in the making, or should I say baking?

Here are three more recipes worth biting into – almond meal biscotti, the flax muffin you make in a mug and life-changing bread.

They’ve all changed my life and made it oh, so delicious. 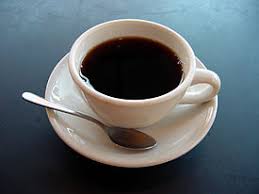 For the past few weeks I’ve been doing intermittent fasting on and off – not eating from around 8 PM to lunch the next day. I do it for two or three days then go back to having breakfast. I’ve been doing it just to see if I notice any positive results. I wrote about the benefits of fasting a few posts ago.

As for positive results of intermittent fasting, I will say I’ve lost two pounds, and I realize it’s not a big deal to skip a meal. But in addition to the two pounds I’ve lost, I’ve had a huge “aha.” Even when I fast in the morning, I’ve been watching my blood sugar rise like mad. As much as 40 points.

I always thought my morning cup of coffee raised my blood sugar (even though I know coffee doesn’t do this any other time of day) and that I needed 1 unit to cover the coffee. But, in actuality, it’s not the coffee that’s raising my morning blood sugar, but the strong effects of the Dawn Phenomenon.

The Dawn Phenomenon is the liver spilling glucose into your blood stream in the early morning hours to get you ready for activity. When I was having my coffee and eating breakfast first thing upon rising, I calculated I needed an extra unit for the caffeine from my coffee, but in actuality, that unit was a corrective dose for my liver spilling glucose into my blood stream.

Not eating til noon or 1 PM, I find I have to take 1.5 units of Humalog when I wake up to cover my liver’s sugar-slide, even when I take my 9 AM hour walk. Even when I take my walk to my yoga class and then walk back.

I’ve always said if I used an insulin pump I’d have more elegant control, and for sure, this is one of those areas I could better manage with a pump. But, ah, well…

This is the face of Companion Medical’s InPen’s app. A couple of weeks ago I was given the InPen to try out. The InPen holds rapid acting insulin, a Humalog or Novolog cartridge, and has multi-functions that help you keep track of your dosing. It works through an app on your smartphone bringing some of the functions of an insulin pump to MDI (multiple daily injections) users.

In addition to providing you the comfort of whether you took your shot, it stores records of your blood sugars for your doctor and family members that you can transfer wirelessly. If you wear a Dexcom CGM, you can see your numbers on the app but they’re on a three hour delay. The company is working on that. But they are stored in the app and get sent to your HCP as part of the records.

The pen also has a built in dose calculator based on the carbs you’re planning to eat, tells you how much insulin you still have onboard and you can set alerts and reminders. Plus the InPen delivers half units.

The shiny blue pen in the foreground is the InPen. In the background is my Tresiba long acting insulin pen. Actually both pens are the same size, it’s an optical illusion that they seem different sizes. My Tresiba pen is sporting its Timesulin cap, a simple counter that lets me know whether or not I took my dose. I find it invaluable, thus, the reason I wanted to try the InPen.

So, is it worth it? Well, it’s funny because I was asking myself the same question when I learned that it kind of is. A few days ago I was in a hotel breakfast dining room and I was so busy enjoying the buffet, and clearly out of my routine, that after I finished breakfast I couldn’t remember whether or not I’d taken my shot.

A wave of anxiety blanketed me and then I thought – check my InPen. I looked at the app and sure enough saw that I had not taken my dose. Whosh! I took out my InPen, took my insulin and the fear was forgotten.

As someone who uses very small doses of insulin – .5, 1-2 units due to my low carb diet, I hate to waste two units of insulin priming the pen. I often withdraw my insulin with a syringe (don’t tell) and then log my doses manually.

The InPen lasts one year and requires no charging. It’s a very cool looking pen that comes in blue, pink and grey.  Now that I’ve got two insulin pens, and they’re both blue, I separate them on my kitchen counter in separate mugs so I don’t mix them up. I’ve done that once before years ago and hope to never repeat the experience.

Disclaimer – I was given my InPen by Companion Medical.

I’ve read about this for years and buy it. Yet the traditional thinking is so ingrained – to lose weight we must eat less and exercise more. Even doctors have bought the Kool Aid. It just ain’t so. Our bodies aren’t designed that way.

Simply, when you take in less calories, your body’s metabolism slows to match the loss. And exercise, while healthy for us, does not impact weight loss unless you’re spending more than two hours a day at the gym vigorously sweating.

Our hormonal system, working in concert with our metabolism, is primed to keep our body at our set weight. It is higher for some than others. Why? I’ve not read that far in Dr. Fung’s book yet. But unequivocally, The Obesity Code, explains why the conventional motto of “eat less, move more” doesn’t work and why insulin is the prime culprit.

Take almost anyone with type 2 diabetes who’s been put on insulin and you’ll find their weight goes up. Yet we ignore it and still tell people to lose weight and it’s their fault if they’re not. So, the prime remedy for lowering blood sugar is insulin, yet insulin is a fat storage hormone. If you’re insulin resistant you’ll have higher than normal levels of insulin circulating in your blood stream. What’s it doing? Beside lowering your blood sugar it’s storing your unburned carbohydrates as fat.

The solution I know of is to eat a low carbohydrate diet which requires less insulin. Less insulin, less insulin resistance and less fat storage. But I’m sure I’ll learn more before I finish the book. Just a snippet, page 86:

Dr. Fung’s last chapter is about his strategy that’s helped his patients overcome insulin resistance: fasting. Periods of not eating let insulin and insulin resistance decrease, and of course it cuts calories. But if there’s one theme throughout this book it’s this: calories don’t make us fat and cause chronic illness, insulin resistance does. I agree.