For a couple of years now [yes, takes me a long time to weigh things ;-)] I have silently urged Apidra to come up with an insulin pen that allows me to dose half a unit.

Each time I saw a rep at a health fair, I’d ask whether this was in the works. Most looked at me with amazement, “You want to be able to take a half unit?” they decried?

Yes I do. Eating a low carb diet and power-walking an hour a day, I often only need a half unit to dose for a meal of, for instance, veggies and chicken or fish (Please DO NOT take my dosing for yours, we each have individual needs).

As you can sort of see in the post below, I use the Lantus Solostar pen for my long-acting insulin and wondered about having the same ease for my meal time insulin. Tis true, after 40 years with type 1 diabetes, I may be ready to give up my vial and syringe. Like most people I find an insulin pen easier to use than the few extra steps vial and syringe requires, and prefer the non-medical-ness of it all. Maybe even more, since I use so little rapid-acting insulin, when I have to throw the bottle out after a month, I’m throwing away four-fifths of it. That waste makes me crazy each month.

But Apidra told me if they come out with a pen that would dose half a unit it wouldn’t be before 2014. So I found HumaPen LUXURA HD. HumaPen is the only pen that offers half a unit rapid-acting insulin. I checked with some diabetes educator friends who said Apidra, Humalog and Novolog (rapid-acting insulins) are all pretty similar, so I printed off my free coupon for the Humapen, called my doctor’s office to get a prescription for the pen cartridges and waited til my Apidra was up for the month.

• It’s rather gorgeous, especially for a medical device, in its Italian deep forest green color.

Yet, having recently discovered I need to take the insulin cap off each time I dose, and put it (or a new one after a while) back on before the next shot, it feels as multi-step a procedure as sticking a syringe in a vial.

And while the weight assures me of its state-of-the-art craftsmanship, it’s weightier in my purse than a vial and syringe.

And, while that gorgeous green tube sticking out of my stomach for the 5 seconds I have to keep it there with my finger on the dose button to make sure I get my full dose, may perhaps be less discrete, considering a syringe is comparatively tiny and I jab it into my body, and out, in a second, it hardly seems so.

So, far as I’m concerned right now the playing field is level: Pen: 3, Syringe: 3. I’ll give the HumaPen a run, but don’t know whether I’ll switch for good.

Tip: For those of you on pens who wonder, as I did, whether the extra insulin you use to prime the pen takes away from the amount left in the pen for your dose, the answer is no. I spoke to a Lilly rep this morning who told me they overfill pens and insulin cartridges to cover those extra units used for priming. 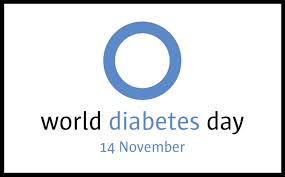 I’ve written before, that more than once, my “smart Timesulin cap” has saved me from missing my daily long-acting insulin shot. So the Timesulin folks asked me to be among the people to write a blog post on their blog about World Diabetes Day.

As I wrote it, I realized I’m not entirely happy we have a World Diabetes Day. If you want to know why, read the post. You might agree with me.

If you want a Timesulin cap for your insulin pen, unfortunately you’ll either have to have someone bring one over for you from Europe, or hope Timesulin gets approval to make them available here in the US next year as they’re hoping. 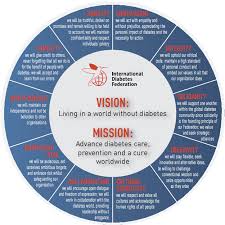 • This year 4.8 million people will have died from diabetes-related complications. Half these deaths will be in people younger than 60.

• 471 billion US dollars were spent on diabetes this year, an increase of 6 billion dollars from last year

The IDF continues to urge governments and non-governmental organizations to develop policies that will help prevent and improve treatment and care.

Ann Keeling, IDF CEO says, “Millions of people are dying from diabetes in their most productive years…the stability of societies is threatened and huge economic and political burdens are imposed on countries and communities. However this disease remains marginalized on the global health and development agenda and vastly under-resourced.”

Didn’t know there was a universal symbol for diabetes? See my latestHuffington Post article about why US organizations barely use it.

For more information on the 2012’s diabetes stats, go to the IDF’s Atlas.

diaTribe is the consumer monthly newsletter from Close Concerns.com, a grassroots company making patients, researchers, clinicians and pharma smarter about diabetes to improve how we live with diabetes.

Close Concern’s Founder, Kelly Close, guides each issue of diatribe as Editor-in-Chief, and Adam Brown, diaTribe’s Managing Editor, both have type 1 diabetes. Several other contributing editors do as well.

Each month or so, the latest issue pops into my inbox covering a wealth of knowledge on diabetes, and relatedly, obesity. I get to read about the newest medicines, devices, studies, trials, posts from fellow diabetes advocates and insightful interviews with industry leaders, as the team criss crosses the country attending medical and health conferences.

Perhaps, particularly as people here try to get their life back on track after Hurricane Sandy, and I am reeling from election fatigue, reading these two stories I found myself grateful, and invigorated by a device advance in the field, and the wisdom and humanity of one of our great endos, Dr. Anne Peters.

diaTribe Dialogue – An interview with the exceptional Dr. Anne Peters.

If you’d like to get more informed, you can sign up for your free copy of diatribe here.