I heard the refrain from a Classic 1970’s Peter Allen/Carole Bayer song when my friend Alyssa called me last week,

Don’t throw the past away

When everything old is new again

Because Alyssa, who’s had type 1 diabetes since the age of 10, and been on an insulin pump for the great majority of years, is wondering about switching to MDI (multiple daily injections). The “poor man’s pump” I was told years ago.

I have never used an insulin pump. People are always surprised, I’ve had type 1 46 years, I’m intelligent enough, super responsible, but MDI works for me. I’m accustomed to shots, I feel like I have control taking shots, my syringe won’t get occluded, and I don’t enjoy the idea of being tethered either through a foot or two of plastic tubing or just the weight of an Omnipod on me.

Alyssa’s query whether she should come off the pump and start MDI was a challenging consideration for her. She’s more or less run out of real estate on her slim body, and now, being so muscular from her latest hobby, acrobatics, the infusion sets, in her words, “… pop off and won’t go in,” and the whole device is in the way. Yet, she knows diabetes management from a pumper’s perspective.

So she came to me, the old hand using the old delivery system. Of course, for people who take a step “backward”, or take pump vacations as so many do, it’s not just re-learning injection techniques, it’s learning how to do the mental math a pump does for you every time you dose. It’s calculating carb ratios, carbs in food to consume and insulin on board.

I don’t really count carbs. Being on a low carb diet, most meals require about 1 unit of rapid acting insulin or a bit less, so I just eyeball food. Ah, that needs a half unit, that a quarter. And, since there’s so little rapid acting insulin in my body at any one time, I don’t give much thought to insulin on board. Talking with Alyssa I realized how we live in two different diabetes worlds.

Alyssa will make her choice. I think it’s a good thing if you pump to also have the dexterity to switch between pumping and injections. And she helped me realize just because something’s old, MDI, it doesn’t mean it’s any less or inferior. It’s all about what works for you and what you’re willing to sacrifice and gain.

Now of course I’m thinking this acrobatics looks pretty cool…hmmm…and I wouldn’t have to worry about my insulin pump. 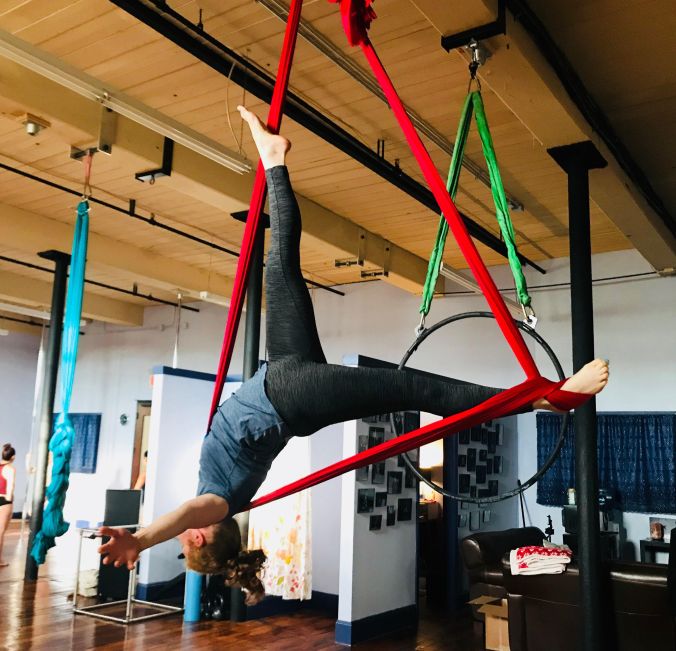 2 thoughts on “To pump or not to pump: reconsidered”