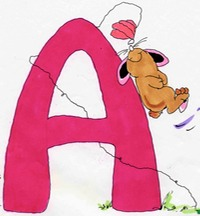 Last Saturday at the American Diabetes Association’s Expo in the Jacob Javitz Center here in New York City I stood beside Kevin, the CEO of Eat Right America, at their booth. Kevin had been given a copy of my book, The ABCs Of Loving Yourself With Diabetes, by someone who may do some publicity for the book next year as there are some tie-ins with Eat Right America.

Eat Right America offers a nutrient-dense diet created by Dr. Joel Fuhrman and if Oprah ever gets a hold of him, he may be her next Dr. Oz.  The diet has great impact for living with diabetes: it emphasizes making most of your diet vegetables, beans and legumes with some fruits, whole grains, and lesser amounts of lean meats, low-fat dairy and healthy fats. As a result, people lose weight, blood sugars go down and related conditions improve or disappear. My book brings to the party the ability to grab a healthy handle on your emotions to weather the daily trials of diabetes; it helps you rev up your emotional strength, stamina and resilience which leads to better management and a happier, more productive life. The first thing Kevin told me upon meeting me was that he’d  given away his copy of my book to a neighbor whose daughter just got type 1 diabetes at age 10. He told me how grateful the woman was and how good it made him feel watching her thumb through the book. She was like a camel who’d been dying of thirst and led to water he said.

Later at the Expo I ran into Ralph, a sales rep from Sanofi-Aventis, manufacturer of Lantus and Apidra insulins, who has attended several of my Sanofi-sponsored A1c Champion presentations in Brooklyn. Since I still had a few of my books in hand I gave him one with the directive, “Ralph, see what you can do to get Sanofi to buy my books and distribute them to patients. It wouldn’t hurt either to get medical staff to read them.” I chuckled and Ralph said he would do his best.

Ralph called me this morning and said he gave my book away at the Expo. Two give-aways in one day! A woman came up to him and began looking at the book and was so taken with it he felt compelled to give it to her. Funny, as he was apologizing I thought, how great. Now someone who can use my book actually has it in her hands, and he got to witness a demonstration of the book’s ability to touch and move people. As a writer you so rarely get to know whether anything you do really impacts people, to learn that it does is its own reward.

What actually prompts this story is it follows a phone call I received just the other day from Nico, a sales rep from Edgepark, a medical supplies company–they supply meters, test strips, syringes and lancets. I’d met Nico at the American Association of Diabetes Educators (AADE) conference in August and asked whether Edgepark covered lancet discs for the Pelikan Sun lancing device. Along with updating me whether Edgepark covers the discs (not yet as my health insurer, Empire, is reviewing the device) he asked if I was acting as a diabetes resource in the community as he often encounters medical professionals who might have need of me, particularly to talk to patients about the emotional aspect of managing diabetes, and, what made him think to ask was shortly after meeting me a woman came up to him at the AADE conference with my book in her hands.

So no matter how this book gets around, the mere fact that it does, is a gift–not just to those whose hands it falls into (or so I hope)–but to me. Like the camel I’m still drinking it in.