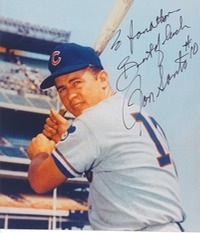 I have learned an incredible lesson these past few years committing my heart and head to this work. Magical things happen when you get committed to something. You’ve heard it before I’m sure, and it’s true – the world opens up to you in ways you couldn’t have imagined, people come out of nowhere to help you and what you need mysteriously falls at your feet. I believe this is true for anything, a career ambition, hobby, diabetes care or dream. Hmmm, did I say diabetes care? You bet. Get committed and managing your diabetes will be easier.

But I’m talking real commitment. The kind where even when you hit obstacles, and you will, you just keep going. You get back up and take another step. You figure out another way. I was thinking about this because the other day a book agent who fell out of the sky more than two years ago when I started this work, when it was so new and nebulous in my mind that I was flattered, scared, excited and totally not ready, just dropped back into my life.

Something else happened along this journey that I could never have imagined. Among my interviews, I interviewed a celebrity. If you’re a sports fan, you’ll probably know his name. Well my friend’s 12-year old son did – Ron Santo. He played third base for the Chicago Cubs from 1960-1974, he was the first third baseman to hit over 300 home runs and win five Gold Gloves. He has also been a long-time contender for the Hall of Fame. Throughout his career he played with type 1 diabetes. Maybe you think that’s not a big deal, but it was 45 years ago. Long before glucometers, pumps and insulin analogs. And there I was sitting in his family room shooting the breeze. These things don’t happen to me, except they seem to be happening more and more. Turned out my upstairs neighbor in New York moved out West. His new neighbor? Ron Santo. Chatting with Ron Iknewthat the universe gives with an open hand when we follow our bliss.

So why am I telling you this? Well, for two reasons. I want to make the point that when you’re committed to your care, things get easier. You pull energy not just from yourself but from everywhere to help you. I also want to share the example of Ron Santo because he is an inspiration. Ron was diagnosed with diabetes at 18, the year he was picked for the Major Leagues. The first year of his diabetes he didn’t disclose it and he kept his blood sugar down by staying in constant motion. He told me he would run around the block when he wasn’t running around the bases. His ‘ahead-of-his-day’ doctor had him go to the gym, with a friend and plenty of orange juice, and shoot baskets until he felt the symptoms of low blood sugar. That way he would recognize them when they occurred in real time on the field. Forever after, when he felt those symptoms, the clammy sweat and voracious appetite, he would down the candy bar he kept in the dugout.

Unfortunately the symptoms of high blood sugar were less recognizable and eventually they cost Ron two legs, open-heart surgery and thousands of laser eye surgeries. As I talked with Ron, from time to time he was adjusting his second leg prosthetic, yet his vision of what it takes to be happy was firm. “I’ve had a wonderful life,” he said, looking straight into my eyes with unabashed openness and compassion. “Nobody gets through life without something happening to them and I really believe positive thinking is like medication, you gotta believe in yourself.” Ron said this is what he tells people when he speaks at sports and health events across the country for the Juvenile Diabetes Research Foundation. “I can still walk,” he said, “I love playing with my grandchildren and every day I work at keeping healthy like anyone else.” [You can see more about Ron’s struggle and spirit in the film his son produced,This Old Cub.]

Every baseball season fans hear Ron from the broadcaster’s booth as the official Cub’s announcer. “When I walk onto Wrigley field,” he told me like a man saying grace, “everything else disappears.” With all the complications of his diabetes, this is a happy man. He lived his dream and finds everyday joy and contentment in his continued work, family and inspiring others. So, I guess the second thing I want you to know is if you believe taking care of your diabetes is worth it, you’ll find the strength and ways to do it. If not, find out what makes your life worth living and it will motivate you to manage your diabetes.

As Ron walked me to his front door, he leaned on me a bit and then gave me a big, bear hug. Returning home I reflected on what the universe had just given me. Just a few years before I was searching for my own purpose. I had lost my job, had frozen shoulder surgery and was wondering what to do with the second half of my life. Not knowing what else to do, I just kept putting one foot in front of the other, and poof, one day I walked into Ron Santo’s living room, and here I am now doing this work.
So don’t give up on your treatment or what would make your life sing. Helping others better manage their diabetes helps me better manage my own. But for me the pay-off is much bigger. Having found something I love to do, that uses all my talents and gives me so much fulfillment, I have landed in an amazing place. And I just know there’ll be more ‘droppings-from-the-universe’ along the way.