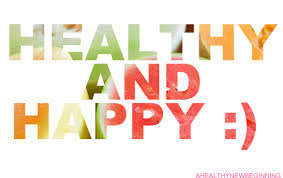 As you may know, November is Diabetes Month, and today is Diabetes Day. In New York City the day kicks off in front of the United Nations and the Empire State Building will be lit in blue, our now officially established diabetes color. As much as I love that we now have our own month and day, I’m thinking wouldn’t it be nicer if we didn’t need one?

I said this yesterday to Scott King, publisher of DiabetesHealth magazine, which I’ll have my first article in in December’s issue. I bumped into Scott, totally unexpectedly, at Novo Nordisk’s block-long exhibit in Union Square yesterday. Divabetics also had a tent there with stylists and fun-fetching ways to access diabetes information.

Scott’s good fortune bumping into his columnist (me) by surprise, led to an impromptu interview, which I expect will surface on DiabetesHealth’s web TVsometime soon. We chatted about the state of diabetes, my new opinionated column, my new upcoming book, The ABCs Of Loving Yourself With Diabetes(soon to appear here), and some things off the record.

Here’s one bold concept we chatted about. Why aren’t we incentivizing staying well? Really and truly. What if we put our energy into keeping people well, rather than letting them get sick. In ancient China village doctors were compensated not to cure the sick but to keep people well. Imagine doctors here getting paid for keeping people well and your health insurance going down if youkept yourself well. In China when people were sick doctors’ pay was cut and if patients fell ill the doctor had to treat them for free.

No wonder you see flocks of Chinese people, like graceful birds, contorting in odd configurations in the park. They’re doing Tai Chi or Chi gong — practices that keep the body’s vital breath and energy robust and circulating.

Can you imagine health care practitioners getting paid to keep people healthy? The first thing I envision is a lot more lively people running around, and smiling. The majority of seniors would be slimmer and wouldn’t automatically get the illnesses we associate with aging; their bodies would never have deteriorated to that point. Hmmm…focusing on wellness rather than unwellness. Now wouldn’t that just screw with our health insurance companies something awful!

Since doctors get paid to treat sick people there’s little incentive in keeping people well. We’ve all read about how physicians make more money doing surgeries and so surgeries get scheduled like a Macy’s one day sale – pack ‘em in. How did it happen that our focus became treating the sick rather than keeping people well, anyway?

If you saw Michael Moore’s film Sicko, he’ll tell you one of the first health insurance companies realized they could make big bucks by letting people get ill and then treating them. And President Nixon thought that was kind of a cool idea too.

I’m not saying pharmaceutical companies aren’t necessary or that there aren’t new medications that are saving and prolonging lives. I do think you can earn a profit and do good work at the same time. And I’m certainly not saying that we shouldn’t treat the sick. After all, type 1 diabetes is not preventable. Or is it?

If we began from the premise of keeping people well by exercising, eating properly, keeping our environment clean, minimizing stress to our body and psyche through cultivating different societal values, maybe we wouldn’t even get diabetes. Maybe we wouldn’t get the viruses or traumas that scientists now think cause type 1, and maybe the genetic predisposition most people who get type 2 carry, well maybe those genes would lay dormant and not switch on. And, of course healthier eating and exercise could almost wipe out type 2 diabetes. Maybe some of that pharma money apportioned for research and development could be dispersed to creating the infrastructure that would help us prevent disease.

It would just be nice if we started from the premise that we should keep ourselves healthy rather than take drugs and have operations to deal with all the unhealthful food on our grocery shelves rife with life-decimating, farm-bill approved trans fats and high fructose corn syrup, 60-80 hour work weeks with no time to move our body or refresh our minds, and the expectation that we will get ill as we age.

But, alas, until that day, I’ll have to settle for Diabetes Day. So if you’re in New York, go out, get informed and be counted. If you’re in Tokyo, go stroll past Tokyo tower, my friend there told me it’s lit in blue too. See what’s doing in your community this month. It’s the best way we have right now to make diabetes visible, learn even more and help others on their diabetes journey.